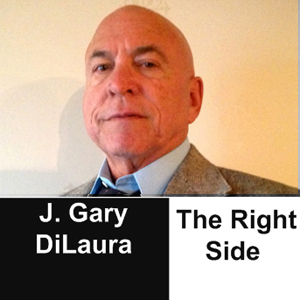 It shall be unlawful for any person who has received any income derived, directly or indirectly, from a pattern of Racketeer Activity (eg. money laundering)… to use or invest, directly or indirectly, any part of such income, or the proceeds of such income, in acquisition of any interest in, or the establishment or operation of, any enterprise which is engaged in, or the activities of which affect, interstate or foreign commerce…

It shall be unlawful for any person …associated with any enterprise engaged in, or the activities of which affect, interstate or foreign commerce, to conduct or participate, directly or indirectly, in the conduct of such enterprise’s affairs through a pattern of racketeering activity…

It shall be unlawful for any person to conspire to violate any of the provisions of subsection (a), (b), or (c) of this section…

Definitions and 32 predicate crimes can be found in Title18Sec1961 US Code.

If you read through S1961 and can’t locate a dozen violations of the law committed by President Obama and his entire Administration from Lois Lerner, to John Brennan and James Clapper to Rice to Comey to Holder and Lynch …you need to get glasses. There’s even a no-brainer for Hussein himself…it’s T18 Sec 1028 …read it!

On March 7, 2017 I wrote an article for artvoice.com setting forth the argument for the FBI to initiate a Racketeering Influenced Corrupt Organization (RICO) case against a large organization, as defined by the law, where the common goal was to prevent Donald Trump from becoming President.

Now, I renew my case with more recent predicate crimes they attempted and continue to attempt, to overthrow the duly elected President Donald Trump.

Since I wrote that column in 2017, this Criminal Organization has in my opinion further cemented their RICO criminal activities with the discovery of former Vice President Joe Biden, former Secretary of State John Kerry and others acquiring millions of dollars through an alleged Hobbs Act-Extortion scheme against Ukraine… again to the common cause of gaining control of the Office of the Presidency through corrupt acquisition of money to be applied towards the commission of the stated Predicate Crimes and an illegal Impeachment!

The stated purpose of the RICO statute in US Code Title 18 is to bring to justice a Criminal Organization which violates at least two stated, predicate Crimes under Title 18, as a group defined as two or more people working either together or individually, to a common criminal, goal… in this case, for personal enrichment by the “overthrow” of our Rule of Law through illegal activities…money laundering; illegal Impeachment without direct evidence, and denial of Due Process to a US Citizen, the President; fraudulent use of a Dossier, used as evidence, (wire fraud and mail fraud); the creation of a Special Council, through evidence tampering, creating fraudulent FISA warrants, Illegal wiretaps of the RNC and US citizens; using Foreign Agents Christopher Steele and his Russian “sources” to interfere in a US Presidential Election… and on and on and on, ad -nausea !

The acquisition of the DNC by former Secretary of State and unsuccessful, Presidential candidate, Hillary Clinton, through the use, in my opinion, of illegally acquired funds from the Clinton Foundation or some other illegal source is “illegal”…where did she get some $25 million dollars to pay off the DNC debt?

Recall that when Hillary Clinton left the White House she said they were broke and only had a few hundred thousand dollars left and she reinforced that claim by stealing hundreds of thousands of dollars in silverware, dishes, and historical items. When caught, she returned some… but probably not all stolen items, my opinion. She wasn’t charged, another big mistake by DOJ! How did she gain enough wealth in 4 years to spend over $25 million to buy the DNC… well we need to follow the money… don’t we?

If that money was acquired illegally and used to acquire the DNC… that alone would explain why she told her staff, after the CNN Town Hall Debate, when she threw a glass at a staffer and said, “Don’t you f…..s understand, if that f….r (Trump) wins, he will put a noose around all our necks and we will all hang”! Very astute, indeed! I would have thought a real FBI Agent would have long ago had that question answered!

Even if Clinton used “legally” acquired funds to buy the DNC, $25 MILLION +, it’s still the Corrupt Organization used to commit numerous predicate crimes to gain the office of the President!

What I believe, as a 3 decade Agent involved in criminal cases my entire career, Hillary Clinton used the DNC she purchased with stolen funds as a Racketeer Organization . She conspired with or acted individually with such individuals as; as Hussein Obama, James Clapper, John Brennan, Suzanne Powers, Hillary Clinton’s entire Staff, Mr. and Mrs. Bruce Ohr, Chris Steele, all the signors of the Carter Page FISA warrants, Adam Schiff, Nancy Pelosi…. and many more who broke the law as part of the scheme to unseat President Trump and retain their own high-paying and powerful government jobs and should be investigated and indicted.

Many have been investigated and the Probable Cause has dust on it… like everything Hillary Clinton did, with her staff, to hide her illegal activities as Secretary of State, to gain wealth to buy the DNC and win the election!

Here’s an interesting note for Hussein Obama, counterfeiting official documents, like a Birth Certificate, is a predicate crime in RICO… T18Section 1028 USC… I know I repeated myself but I want to make sure everybody reads that!

Mr. President, GET OBAMA’s SEALED RECORDS; they will prove that he lied about his entire life AND CHANGE EVERYTHING… including you being a “birther”!

President Trump has to show “no mercy” and not worry about what the Democrats and press might say/tweet. What would Democrats like Chuck Schumer, Adam Schiff, Clinton, and Hussein Obama do if they had on the Republicans what DOJ has on the Democrats?

Think about that, but remember …what I say is not hearsay, indirect, unverified, non-evidence. Hillary really purchased the DNC, the Purchase Agreement is on line and everything else I put forth is substantiated. For example Clapper and MANY other officials lied, admitted they lied and are relying on the Statute of 5 years to have expired… but it hasn’t… RICO! The time doesn’t start until the last predicate crime was committed. So if anyone in the Racketeering Organization… and it can be expanded beyond the DNC to the group of criminals, committed a predicate crime like wire fraud or mail fraud on the FISA court for example in the last few years…

Mr. President, it’s time to take off the gloves, order the investigation by the FBI, they have most of the violations already made!

FOLLOW FORMER FBI DIRECTOR HOOVER’S LEAD; OPEN A CASE AND THEN…NO COMMENT…DIRECT THEM TO THE AG!

There is more than sufficient reason to believe that Obama and Clinton ran the government as a Corrupt Organization and are trying to overthrow our Rule of Law… that’s Treason. Prove Obama lied about being a Muslim and that case is won! That case could be proven by a rookie.

The AG has the biggest criminal case in US history at his feet… with most of the leg work done. He needs to pick it up and have the FBI finish the job that Comey, McCabe, Strzok, Page and AG Lynch sabotaged ( Obstruction of Justice)… they are still culpable.

When you put it all together it extends the statute of limitations that James Clapper used (5 years) when he, smugly, admitted he lied under oath to Congress two weeks after the 5 year statute expired … RICO has a much longer statute than lying and it doesn’t start until the LAST predicate crime was committed by ANY one of the participants in another crime that is part of the RICO.

So Clapper’s lies under oath could be prosecuted as part of the RICO because he lied about monitoring US Citizens by Intel agencies, like the CIA, when they in fact were monitored by the FISA warrant AND by NSA, and he actively conspired to have the Steele Dossier used as evidence against Trump the candidate and then Trump the President.

J. Gary Dilaura, a 28 year veteran of the FBI, spent his career in South Carolina, the New York Office, and Buffalo. Active in the FBI’s Violent Crimes Program, finishing his career as Bank Robbery Supervisor. He received Commendations from every FBI Director he worked for and after retiring he became a Businessman and Conservative, OpEd Columnist, "The Right Side", for several publications including, the Niagara Falls Reporter and the Ft Myers, Sun bay Paper. Visit his website at therightsidejgarydilaura.com .