[Dianne Lipson attended the bail hearing today and provided information for this report.]

What is it with these pedophiles?

Does pedophilia automatically lead to stupidity – or is it the other way around?

Accused pedophile Jeffrey Epstein has his bail hearing today – which gave the prosecuting attorneys an opportunity to tell U.S. District Court Judge Richard Berman about some of the things they found when they searched his residence last weekend.

Like a fake foreign passport that included his picture with a different name – and listed his address as a residence in Saudi Arabia.

Or the “vast trove” of lewd photos of young women and girls.

Or the piles of cash and dozens of loose diamonds.

Two Accusers Speak at the Hearing – and More Contact Prosecutors

Two women appeared in court today to encourage the judge to keep Epstein incarcerated until he goes to trial (Unlike in the Raniere case, these women gave their full names in court).

One of the women, Courtney Wild, told the judge that she was sexually abused by Epstein when she was 14-years-old. “He is a scary person to have walking the street”, she testified.

The other woman, Annie Farmer, testified that Epstein was “inappropriate” with her when she was 16-years old (She did not elaborate on what she meant by “inappropriate”). She is being represented by David Boies, the renowned attorney who represented Al Gore back in the election snafu in Florida.

Prosecutors also told Judge Berman that several more women who claim to be victims have contacted them since Epstein’s arrest on July 6th.

Assistant U.S. Attorney Alex Rossmiller argued that Epstein should be denied bail because he is both a flight risk – and a danger to the community.

He also noted that the federal Office of Pretrial Services has suggested that Epstein be detained without bail – and that there is a presumption that a defendant who has been charged with sex trafficking should be denied bail.

Epstein’s attorney, Martin Weinberg, began by noting that contrary to many media accounts, his client is not a billionaire. Apparently, his net worth is closer to $550 million – which is similar to what Clare Bronfman’s net worth was before she met Keith Raniere. 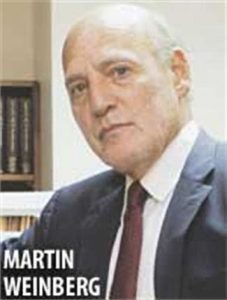 He then reviewed the various conditions that had been proposed as part of Epstein’s bail package – e.g., home confinement in his Manhattan mansion, a GPS ankle monitor, a private security service, new security cameras at the front and back doors of the mansion, etc. – and said that Epstein was also willing to post a $100 secured bond.

Rossmiller quickly noted that “A person who needs (all) these conditions needs to be detained”. He then added that Epstein was basically asking “to build his own jail” – and “to be limited in his own gilded cage”.

Judge to Announce Decision on Thursday

At the end of the hearing, Judge Berman indicated that he would take the matter under advisement – and announce his decision on Thursday, July 18th. In the meantime, Epstein will remain in custody at the Manhattan Correctional Center just a few cells down from El Chapo.

For those of you who have other things to do on Thursday, I’ll save you having to check your phones for updates.

Epstein’s chances of getting bail are about the same as Raniere having his recent conviction overturned.

As The Joker used to say on the Batman TV series: “Zero, zip, zilch, nada”.

I’m starting to develop the same feelings about Epstein’s prosecution that I have about Raniere’s trial: i.e., I don’t really care if the prosecution uses some questionable tactics because both of these guys are slimeballs that deserve to be incarcerated for the rest of their lives (Hell, they could even end up in the same prison).

So, even though I think that having alleged victims testify at a bail hearing raises some troubling issues – like how the hell was Epstein’s attorney supposed to be ready to question them? – I don’t really care.

Did Bigtime Montreal Developer Swindle a Million From Friend’s Daughter?

General • Letter to the editor • News