Why is it that some people are able to see through the nonsense in childhood? I saw through Catholicism at about the same age I stopped believing in ghosts, monsters, and the Easter Bunny.

Believing this stuff is harmful. At best it rots your brain, at worst it leads to Nxivm. Scratch that, at worst it leads to releasing sarin gas in the Tokyo subway, the shootout in Waco, TX and flying jetliners into the Twin Towers. So, yeah, it’s “easy to shit on cult members”, moreover it’s sometimes necessary to do so, because they’re not just victims. They’re the muscle behind the cult leader. Without them, without the gullible followers, he’s just some lonely loser with a tenuous grasp on reality.

Rainiere is nothing by himself. Zero.

So I puzzle over why people join cults. I’ve read the opinions of some of the experts (most of whom seem self-appointed) and I’ve read some tales told by ex-members. The psychological theorizing seems to lack any real academic rigor, it’s really just supposition. Or tautology. Unhappy childhoods are a dime a dozen, and growing up in a cult doesn’t explain why the cult member doesn’t leave when he reaches the age of reason.

Kids hit a certain age and they rebel. And nobody lives in isolation, not in this day and age. Parents have limited ability to mold their kids, and always have. We’re not the products of our upbringing; if we were, nothing would ever change. Think about it. We don’t listen to our parent’s music, we don’t dress like them. We grow up and become our own persons.

Very few people join cults. What’s wrong with them? Nothing, really. It’s not some kind of psychological pathology. It’s not upbringing: the Nxivm clowns grew up for the most part in prosperous, non-loony families. So what is it? Seems to me the people who joined Nxivm are weak-willed, gullible, and ambitious. They lack simple common sense. They want someone to tell them how to live their lives – how pathetic is that?

They lack what the ancient Romans called virtue: that combination of wisdom, justice, civic responsibility, integrity, and strength that was the ideal of the Republic, and of this nation’s founding fathers. In place of virtue, Nxivm embodied blind ambition, thoughtless selfishness, childish desire for the quick fix and the easy answer, slavish loyalty to their clownish leader.

People who join cults are weak, and lack integrity. They are thoughtless (in both senses of the word).

Being a decent human being isn’t all that hard. Cult members fail that test. Yes, a lot can be blamed on the leaders. But they wouldn’t be cult leaders without cult members. Without the fools who follow them. 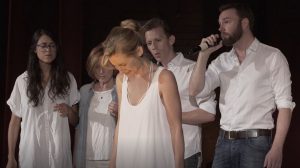 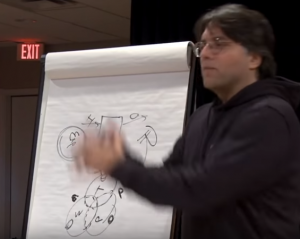 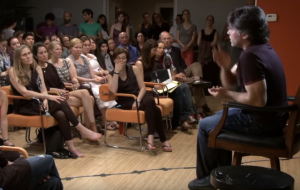 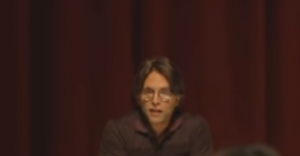 Heidi: Raniere Discovered Ayn Rand Through My Mother
Trial: Keith Talks About Penis Size to Cami; ‘Mine Is Bigger Than His’
Comment