Heidi has previously claimed that Keith was not ‘insecure’ about his manhood, and that his behavior towards women was only about ‘control’ but not insecurity.

Sorry, but every guy who seeks to CONTROL and HUMILIATE women (and to make sure they don’t have eyes for other men) is INSECURE about their own manhood in some form.

However, that ‘control’ stems from Keith’s own insecurity about women not being satisfied with his physical abilities in bed along with his short & fat physical stature.

Keith is no ‘Brad Pitt’ and he knows it.

When women want to be with another man (i.e. a man that’s not Keith) it only reminds him that they’re not 100% satisfied with his short and pudgy body. That’s why he expects all women in DOS to be with only him.

When men seek to ‘control’ women it ALWAYS emanates from an INSECURITY they have with their own manhood in general (though not necessarily their penis size).

Manhood insecurity = Men who are ugly, fat, smelly or just average in bed. 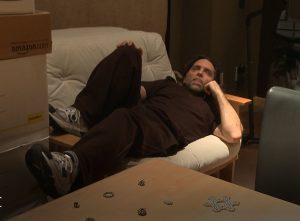 I’m saying that Keith is likely insecure that his love making ability does not measure up to other, more handsome & fit men.

That’s why he feels an endless need for more and more collateral by every woman in DOS.

No amount of collateral can ever fill the ENDLESS LOATHING that Keith feels when he looks in the mirror and sees that short, pudgy and ugly fucker staring back at him.

Now that his aging body is giving him a flaccid and limp noodle, his SELF LOATHING is even worse now. Which would explain his fixation with getting more and more collateral from each woman in DOS, which serves as a protection mechanism against these women ever leaving Keith.

Keith is deathly afraid of women leaving him. Insecurity 101.

Pressure Continues to Mount on the NDNY To Do Something
Mayor Clara Luz Flores of Escobedo, Nuevo Leon, Mexico is Coach for Nxivm – and Student of Keith Raniere
Comment