I received this email today and am hoping some readers might be able to shed a little light on it. It was signed, but I am withholding the name of the person for her privacy. Here it is: “Hello! I am a concerned citizen of the Suffolk County, Long Island NY. “I have been following […]

I received this email today and am hoping some readers might be able to shed a little light on it. It was signed, but I am withholding the name of the person for her privacy.

“Hello! I am a concerned citizen of the Suffolk County, Long Island NY.

“I have been following Danielle Roberts’ story for a while and shockingly it has come to my attention that now she ran away from Albany – to Long Island, Suffolk County, NY to ‘start over’ and she might potentially be recruiting new clients into her disgusting cult-based program.

“Who knows if she learned her lesson or she will be branding women again?

“I am, for the lack of a better word, scared, as I am a mother of two daughters and I do not want them to ever end up in the hands of that woman.

“Aside from my family, I am against people like Roberts residing in my community. I am asking you to raise awareness among the citizens of Suffolk County. Thank you!”

Is the branding-doctor Roberts in Suffolk County? Does she deserve to be outed, possibly run out of town?

She seems to have avoided punishment. She does not seem to have lost her medical license. She was not charged by the feds — and the do-nothing bureaucrats at the NYS Department of Health in Albany, NY apparently do not plan to discipline her in any way.

It does not look like she is going to be charged.

What can one assume from that?  That she still supports the techniques?

That she thinks she can go on about her business – as a doctor – without ever once explaining her position?

If she was Sultan’s fantasy lover, he would no doubt say she has nothing to defend. If she left Nxivm, then that is all there is to it. Leave her alone.

But others might think differently. Women were held down naked on a table, by four other naked women, as the amazing Dr. Roberts held the white-hot cauterizing pen and slowly carved the initials in burning, painful letters on the pubis of women – K-A-R – as yet another women filmed it for their prurient leader.

What a lady. And what a doctor. I wonder if they could have done the branding without her?

Now she is still practicing medicine.  Who would want their young girls going to her?

Should she be found out and branded – as the branding doctor – wherever she goes or be allowed to practice quietly – the sooner we forget her past, the better for her financially?

Or should she speak out and tell us where she stands on branding and Raniere and what she did and how she feels about it now?

The question now is what is her first duty – her Hippocratic Oath or her Vow to Master Raniere?  Doesn’t she owe it to her patients to say which? 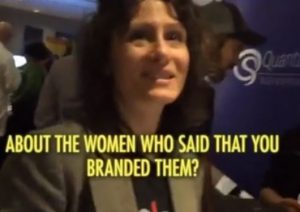 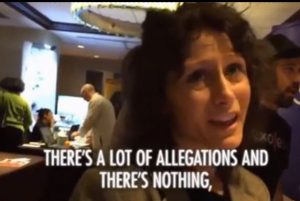 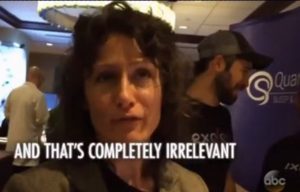 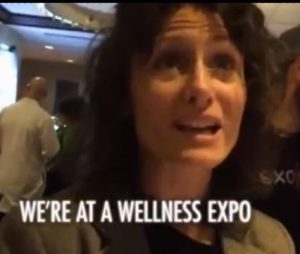 Raniere consultant: Like Father, Like Son – Richard Mays, Jr. Apparently Inherited Father Lack-of-Integrity Gene
Reader asks: Does Sultan spark more stories on Kristin Kreuk than she would get otherwise if he STFU?
Comment