Questions About Burden of Truth

1) What does it feel like pretending to fight a rapist pedophile on a taxpayer funded television show when you stayed loyal to one in real life?

2) Did you not feel hypocritical portraying yourself as the saviour of teen girls in a TV show, filmed while you refused to even acknowledge the existence of NXIVM, refusing to use your d-list fame to draw attention to the story of many women being branded above their vaginas with the initials of a woman you recruited into the NXIVM cult, an organisation you spent years and years in, coaching and recruiting for, spending a fuck-load of money on and happy to try to legitimise with your fame to fight off the cult label?

3) The fictional character “Luna” is the bi-product of a fictional, interracial, pedophile rape. Why did you not care about the plight of all those real life women who came forward in the Times Union articles that you were named in, talking about how the cult leader you followed raped them as children? Did you not believe them or did you not care? What about Rhiannon, Kristin Snyder and Gina Hutchinson? That is real life, not a taxpayer funded television show. 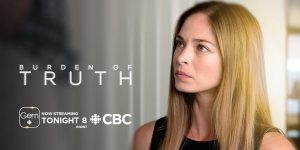 Kristin — If so, SO many warning signs with your name written all over it …  Along with Allison Mack’s.

If you are named in an series of articles about your cult leader raping little girls, then you should know he is a pedophile.

It’s not hard to understand.