MK10ART has released five more brilliant visuals – paintings of the Nxivm crew – from Keith to Nancy to Allison – even the virtue signalling Kristin Kreuk.

But who is that snake in the background? 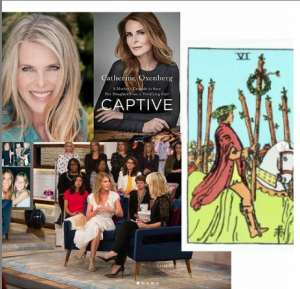 What do Keith’s Tarot cards reveal, I wonder? 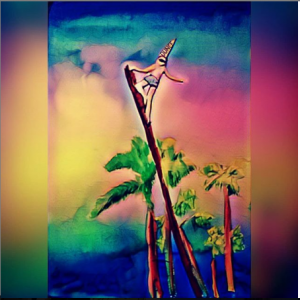 mk10art: Niki Clyne ‘hiding out’ in Mexico (note: wearing shades ) while on the lam with Keith Raniere and Allison Mack. In his latest court filing, Keith Raniere’s lawyer Marc Agnifilo described Raniere’s arrest by Mexican authorities as ‘kidnapping’ claiming the sex cult leader: “was kidnapped in Mexico by Mexican police at the insistence of the U.S. Department of Justice, and forcibly ‘deported’ at gunpoint”
Since when is the apprehension of a fugitive by authorities a ‘kidnapping’? How did the police know where Raniere was hiding out? It was Nicki Clyne who, through her Instagram photos, gave it away that she [and hence Keith] were in Puerto Vallarta Mexico.  This was reported in Frankreport.com

That kind of stupidity is hard to achieve.

It only remains for a jury to decide which crimes from the menu.

Prosecution Slams NXIVM Defendants Over Attorney-Client Privilege Issue
Heidi: Someone called police on me – and my son; was it connected to Nxivm/Clare/Dennis Burke?
Comment