“WTG, Shadow! Hmm, wonder if there might not be some security camera data still available, maybe for sale, on certain dates where a blindfolded girl was allegedly led out of the building, where a NYT reporter set up for an interview, etc. May be already sold to a Sylvie Lloyd type. Pssst. If I were a gossip columnist worth dick these days I’d be on my way to that security office in a bikini with a wad of cash before I finished reading this. But wear a fur over the bikini, hear it’s chilly there.”

I doubt that anyone wants to see me in a bikini. Even I don’t want to see myself in a bikini. And I will pass on the option of hacking into computers.

I will note however that when Allison Mack was arrested, it was early in the morning and India Oxenberg was with her. So you can draw your own conclusions on how they spent the previous night.

Because of Mack’s obsession with Joan of Arc, Catherine Oxenberg was understandably worried about her daughter’s safety.

The Saint George Tower was designed by Emery Roth, the architect who designed the San Remo, a residential structure overlooking Central Park.  The fact that the building was designed by a prominent architect ups the price of the condo and apartment units.

Here is the Wikipedia entry on Saint George Tower.

The St. George is a collection of surviving buildings constructed predominantly from 1885 to 1929; the St. George occupied a full city block bounded by Clark Street, Pineapple Street, Hicks Street and Henry Street. The main building, St. George Tower, stands over 30 stories tall and is now a residential cooperative building. It once drew celebrities, athletes, and every presidential hopeful flocking to its many ballrooms (the Colorama Ballroom being the largest banquet room in the world) and the largest indoor salt-water pool in the United States.
Part of The Godfather was filmed in the St. George.
https://en.wikipedia.org/wiki/Hotel_St._George

How long did Allison Mack live in Brooklyn?

She drove a Jane Doe from Brooklyn to Clifton Park in January, 2016.

She was arrested in Brooklyn in April 2018.

Perhaps a view of the 2017 fireworks from Allison Mack’s apartment.

allisonmack729
“God shed his grace on thee.” I’ve always identified with fireworks… it’s how I feel most of the time… #proudandprivileged #missingyoupammy 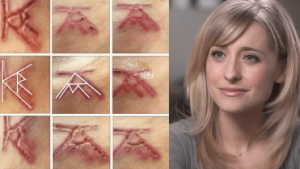 I have a dream 914
Guest View: Does NXIVM, Fast and Furious and Mexico somehow connect through Dennis K. Burke?
Comment