Keith Raniere – though he often claims to be the smartest man in the world – is arguably not the most original.

Colin Batley of Wales presided over a sex cult that preyed on vulnerable youngsters, forced women into prostitution and indulged in occult rites.

Batley used a tattoo on his slaves. Raniere took that idea a step or two further – he used a brand.
In 2011, the judge, when sentencing the 48-year-old Batley to an indeterminate sentence, with a minimum of 11 years and a maximum of life, said Batley “…besmirched the unsuspecting town of Kidwelly”.
It is not known if the judge in Raniere’s case – being from Brooklyn – will consider if Raniere besmirched the town of Clifton Park by having lived there for 30 years.
The judge told Batley when handing down the sentence, “It is likely that you have dedicated your life since you were 12 years old to satisfying your sexual urges by whatever means at your disposal.”
It is not known when Raniere first started dedicating his life to satisfying his sexual needs.
Jacqueline Marling, 42 – described as “Batley’s right-hand woman” – was sentenced to 12 years for her part in the group’s crimes.
The cult leader’s wife, Elaine Batley, 47, was jailed for eight years. And Shelly Millar, 35 – Batley’s sex slave – was jailed for five years.

Batley’s cult was inspired by Aleister Crowley who in 1904 published the Book of the Law extolling permissive sex.

Women got Egyptian Eye of Horus tattoos to show allegiance to Batley.

Young boys and girls were procured by cult members to take part in sex sessions. One man testified that Batley had repeatedly abused him as a child. A woman claimed she joined the cult after Batley told her an assassin would kill her.

Several of Battley’s victims were made to wear upside down crosses.

Despite having operated in Kidwelly for years, the cult had gone unnoticed by most of the town.

Other than Raniere taking walks with slender young ladies, and the occasional scream in the night during branding sessions, the cult had gone unnoticed in Clifton Park.

The Batley cult came to fame when they were arrested and jailed in 2011. Batley operated his cult from the 1990s until 2011.

Raniere ran his cult from 1998-2018. He became famous in October 2017 when he got a spate of unwanted publicity about his practice of branding women.

Batley and his wife, Elaine, moved to Wales, followed by Jacqueline Marling and Shelly Millar, who each moved into the same street and were part of the cult.

Raniere and his significant other, Pamela Cafritz, and his baby mama lived on Flintlock Lane together. Karen Unterreiner, Dawn Morrison, Nancy Salzman, Lauren Salzman, Ivy Nevares, Clare Bronfman, Kathy Russell, Allison Mack, Nicki Clyne, Karen Abney, Esther Carlson, and a number of other women moved to Clifton Park to be near him.

Female members of the sect referred to Batley as “My Lord”.

Female members of the sect referred to Raniere’s as “The Vanguard.”

Women in the Batley cult called it “The Church”.

Women in the Raniere cult called it “The Mission”.

Raniere’s cult members dressed in colored sashes during their Intensives.

A number of houses in the same cul-de-sac were used for the regular cult sex sessions as part of their swinging lifestyle.

While Raniere did not allow men in the cult to enjoy his slave women, a number of houses in the Knox Woods subdivision were used for the regular sex sessions as part of Raniere’s swinging lifestyle.

Battley was scruffy and jobless.

Raniere is scruffy and jobless.

Batley would order cult members to have sex together and ensure that other members were present to film it.

Raniere would order female cult members to have sex with him and ensure that some of the women were filmed.

The recorded material was destroyed before Batley’s arrest.

Batley was tipped off by friends in London about the impending raid on his home two days before it happened.

Raniere was tipped off by reports of the FBI interviewing people about him and fled to Mexico.

Batley, who was 48 when he stood trial over five weeks at Swansea Crown Court in 2011, was said to have used the cult as a form of brainwashing to justify abuse to his victims.

Raniere, 58, who is scheduled to stand trial in March 2018, was said to have used the cult as a form of brainwashing to justify abuse to his victims.

An 11-year-old schoolgirl said she went to Batley’s home on regular occasions when she would have to have sex with him.

A 12-year-old schoolgirl said she went to Raniere’s home after he offered to teach her algebra and Latin.

An altar was set out in Batley’s sex lair – with a goblet of red wine, an incense burner, and salted bread. Members  disrobed – or, in their words, “became skyclad” – and had sex.

A hot tub, a piano and a book on torture were in Raniere’s sex lair. He and his ladies were often skyclad.

All Batley had to do was “click his fingers” to make a woman strip.

All Raniere had to do was threaten to release collateral.

Batley was accused of trying to prevent a young woman from aborting a baby he believed he may have fathered so it could be “a child of the occult”.

Raniere often ordered women to have abortions when he got them pregnant. But he did promise several women they would have an avatar child. .

During the Batley trial, prosecutor Peter Murphy QC told the jury: “The offences were committed against a background of persistent psychological coercion and fear using the vehicle of the occult. The victims were brainwashed, frightened – they felt they had no choice.”

During the upcoming Raniere trial, prosecutor Moria Penza is expected to tell the jury: “The offences were committed against a background of persistent psychological coercion and fear using the vehicle of the NXIVM mission and the threat of releasing collateral. The victims were brainwashed, frightened – they felt they had no choice.”

The perverted events described in court against Batley took place over several decades in both Kidwelly and addresses in London.

The perverted events described in the indictment against Raniere and company took place over several decades in both Albany and Brooklyn.

Batley’s home was the scene of the death of his son, Damian, during a sex act gone wrong.

In 2008, Damian filmed himself naked on his mobile phone as he accidentally hanged himself.  Deputy coroner Pauline Mainwaring recorded a verdict of accidental death from hanging.

On the day of his son’s funeral, Batley was seen sitting outside his house laughing and joking like he didn’t have a care in the world.

Raniere – when he heard about Barbara Jeske’s cancer – joked about it – doing a comical mimicry of a man excessively crying. When Kristin Snyder disappeared, he tried to besmirch the woman and her father.  When Pam Cafritz was dying, Raniere was busy in his birthday suit with other women. He even got one pregnant.

Raniere  – who smirked in court at his last appearance  – repeatedly denied the accusations against him. His attorney, Marc Agniflo, spoke out in Raniere’s defense.

The Batley cult was smashed by police in the summer of 2010 when two courageous victims, a man and a woman, went to them with their stories of abuse at the hands of Batley and the other defendants.

The Raniere cult was smashed by the FBI in the spring of 2018 after several courageous victims went to the Frank Report, then the New York Times, and finally to the FBI with their stories of abuse at the hands of Raniere and other defendants.

Five complainants, whose identity is protected by law, came to the Batley trial to describe how they were taken or lured in and subjected to sex attacks.

Eight Jane Does and two John Does, whose identities are protected by law, are expected to come to the Raniere trial to describe how they were abused and/or subjected to sex attacks.

Batley forced victims into prostitution, and took a 25% cut of any cash members earned.

Raniere forced victims into sexual acts and got members to spend at least 25 percent of their income on taking Executive Success brainwashing classes.

Batley’s wife turned on him and gave evidence against him.

It is not known if Nancy Salzman or any codefendants will turn on Raniere.

The Batley trial was so harrowing that jurors were offered counselling.

Raniere jurors may need counseling too.

Colin Batley was convicted of 35 offences including 11 rapes and numerous child sex crimes.

His top women accomplices were convicted and sentenced from 5- 12 years. 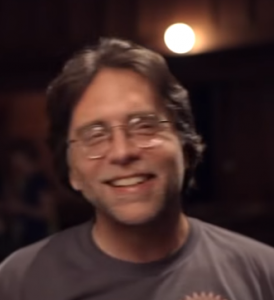 Time will disclose the fate of Raniere and his accomplices.