The government, in its opposition to Keith Raniere’s second bail motion, released an excerpt of an email that provides an insight into the teachings of Keith Raniere AKA Vanguard.  He has been said to be “the world’s smartest man” by his followers.

The government revealed that Keith sent an email, on Christmas Day 2016, explaining to Front Line DOS Slaves the lofty objectives of being his DOS slave. 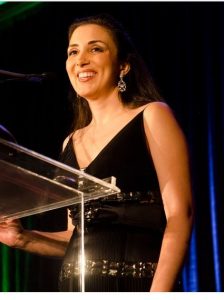 Rosa Laura Junco, a front line DOS slave, has a name branded on her pussy. It is not the name of her husband, Luis Montes – it is the name of her lord and master, Keith Alan Raniere.

About four months prior to his arrest, on or about December 2, 2017, Raniere issued a statement about DOS on the NXIVM.com website.

In that statement, he said, “I feel it is important to clarify the sorority is not part of NXIVM and that I am not associated with the group.”

Now, we learn that less than a year earlier, he wrote to his DOS slaves,  “Intelligently utilize the secrecy of your relationship with your Master to be a confederate and move your Master forward.”

The government has possession of his Christmas Day email.

Meretricious and a Happy New Year…  and Viva Executive Success!

Why do we attack the immigrants we so desperately need?

THIS IS WHAT WE’RE DEALING WITH!! CRAZY PEOPLE ENCOURAGED BY RIGHT-WING MEDIA