I get a lot of correspondence from readers and I try to respond to all. Here are a few samples:
L. writes,
I have been an every day reader since the Vanguard was arrested. In the last month or two I’ve noticed that you’ve been given a bunch of ego maniacs free reign over at your site,  All these idiots who have opinions about this that and the other is just clickbait. Which is disappointing because they are just like a bunch of bickering 60 yr old siblings. Is this the way the site is going to go until the trial starts?
I’m just wondering if it’s worth my time for nonfactual nonsense.  I get you’re busy and you can’t write everything for the site, but I must say this is not the place where I come for idiot opinion. Thank you for everything you’ve done to break it open. I respect you and wish you the best.  I’ve been an every day clicker on your site. I hate to see that change.
The higher powers,  I don’t know you’re religious beliefs,  no you have done a wonderful thing. But please stop the BS rhetoric for clickbait.
Much love
L—
****
B. writes,
Hi Frank,
I’ve never written to you before but I am an avid follower of your site and your work.
Scott and I suspect he is also Clicky Nine, are beyond revolting and insulting.  Could you please do something?  How about a two week “time out” from posting.
Scott seemed like a good guy when I first started following you but he is just so offensive.  He certainly isn’t adding anything to the commentary just insulting the posters.
I’m sure other readers have contacted you as well.  I’ll leave it to your discretion.
Thank you so much for taking down NXIVM!
Regards,
B—
*** In case you don’t know Gorean is based a series of science fiction books called Chronicles of Gor by John Norman.

The women of DOS (Mack having a tattoo instead of brand on her inner thigh) were branded with their Master’s mark. While in Gor they would have been branded or tattooed with a dina or kef.

It might help some of your research into the mindset of Rainere.

I just found this on Michael Rosenbaum’s Instagram. There is a shot of Madam Ally and I wonder what you all think of that expression: 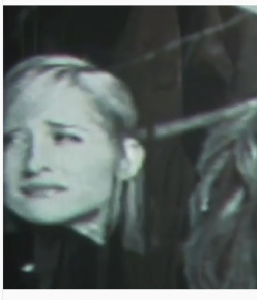 O. writes–
Hi Frank
Hope you are well. I saw this story about conditions at MCC which are similar to MDC – where our favorite VanGrifter resides:
https://nypost.com/2018/10/29/alleged-cia-leaker-manhattan-jail-is-worse-than-north-korea/

In short this seems to be a prison similar to MDC.

Joshua Schulte, an ex-CIA technician, and inmate, described the Metropolitan Correctional Center as a living hell where inmates are “dragged from their cages and beaten and maced,” forced to bathe in “s–t-filled showers,” thrown into solitary confinement for no reason and improperly barred from communicating with their lawyers.

“They even refuse us pens and stamps so we can’t even write,” Schulte told a judge in a letter that he was able to write after he borrowed a pen from a medical assistant.

Reputed mobster John “Porky” Zancocchio was released after he violated bail conditions. Zancocchio told The Post the place was riddled with waterbugs, including in the food.

Federal defender Martin Cohen told the judge at his client Arsenio Mason’s sentencing that MCC is “is ridden with mice, with bugs, folks are not adequately fed, It is overcrowded and inmates never get to go outside.”

And this is the kind of conditions that Keith Raniere is also undergoing at MDC.

The story is that a South Carolina woman is on trial for allegedly abducting her husband’s lover.

She also reportedly forced her spouse to get her own name tattooed above his crotch as payback for cheating.

Testimony in the kidnapping trial against Tammy Moorer revealed that she was overheard explaining the “punishment” to her 38-year-old husband, Sidney Moorer.

After finding out about the affair, Tammy made her little subby hubby Sidney get her name tattooed on his lower waist.

“If you didn’t have that thing with that girl, this wouldn’t be happening,” Tammy allegedly told little Sidney.

Tammy is accused of conspiring to kidnap 20-year-old Heather Elvis, who vanished in December 2013 from Myrtle Beach after having a sexual relationship with the Sidney. Nearly five years later, Heather hasn’t been found and is presumed dead.

Prosecutors claim Tammy became vindictive after discovering the affair in October 2013 and hearing rumors about the possibility that Heather was pregnant.

Sidney was sentenced to 10 years for obstruction of justice and may wind up in the same prison as Keith Raniere. He could be the inspiration for Keith to start branding men.