Allison Mack played the DOJ for fools, pretending that she was considering a plea deal. It was all a ruse, a dirty trick by a Hollywood trained trickster.

Tell us what Ms. Mack was doing in Mexico with Master Rainere and three of their slaves in tow when Raniere was arrested. Why were Allison Mack, Lauren Salzman, Nicki Clyne and Loretta Garza down in Puerto Vallarta?

Are you aware that there was talk that Rainere was planning to lure NXIVM defectors down to Mexico to kidnap them where they would disappear into a local Mexican jail?

Even Catherine Oxenberg heard these rumors in NXIVM.

Were Allison and her friends in Puerto Vallarta there to lure critics to their doom?

I’ll leave it to the FBI to decide when they have enough information.

But it’s touching how this German reader displays more care for the criminal Allison Mack who branded women like cattle than for the 100 plus women who had their flesh burned and were then turned into sex slaves.

And because Ms. Mack is an actress, she should receive special treatment that a store clerk would not get. American prosecutors are not obligated to make deals with slave masters and sado-masochists.

Allison lived in Germany for only 2 years before her American parents moved to California. She’s about as German as a pretzel just baked at Auntie Ann’s Pretzels at the mall. But in 15 or 20 years, after Allison has served her time for a decade of crime, and Europe has become EURABIA, Allison should be compelled to live in Europe.

After all, Allison Mack has a knack for training women to serve as sex slaves. 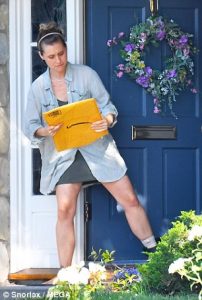 Allison Mack considers herself the reincarnation of Joan of Arc. She admires the Marquise de Sade.

The only thing that saved NXIVM harem members, Pam Cafritz and Barbara Jeske from prison is death.

Allison and Lauren Salzman are in their place and will soon come to envy Pam and Barb.

Marc Agnifilo previews defense in interviews: Women were not branded – they branded themselves; Keith only saw some of the collateral
Heidi Hutchinson – on Pam, Barb, Nancy and the monster Keith Raniere
Comment