The negotiations for a deal between the US Attorneys and defendant Nancy Salzman appear to be far from complete – if they are happening at all.

Nancy Salzman and her daughter, Lauren Salzman, have NOT entered into a plea bargain.  Whether there is a deal still being negotiated, whether it is stalled, or dead, or whether it involves one of both of them, is unknown.

AUSA Moira Penza told the court last summer that Nancy Salzman was in negotiations with her office.  As of today, there is NO deal in place.

Nancy and Lauren – at least for the next round of motions – will be aligned with the Bronfman-Raniere defense team. They will – like the other defendants – be seeking dismissal of various counts against them in their indictment.

The DOJ now has at least one “high value” NXIVM member who has been granted immunity and is expected to testify against the defendants.  I cannot reveal the name of the witness for his or her protection. This witness is high value enough, in my opinion, to provide some of what Nancy would otherwise bring to the table as a witness for the prosecution.
A new court filing informs us on the status of the case:  A letter filed by Alexandra A.E. Shapiro – one of Clare Bronfman’s attorneys “…on behalf of all defendants” that the defense attorneys will be working together to file two consolidated motions rather than six independent ones. It also requests that the two consolidated motions be allowed to go beyond Judge Nicholas Garaufis’ usual limit of 25 pages – and notes that the total pages of the consolidated motions would still be less than six 25-page motions.

Motion #1
The first motion – which will be filed on behalf of Clare Bronfman, Nancy Salzman, and Kathy Russell and which may be joined, in relevant parts, by one or more of the other defendants – will request the following dismissals of counts in the superseding indictment:
– Dismissal of Count One (RICO Conspiracy) in its entirety;
– Dismissal of Count Seven (Identity Theft Conspiracy) in its entirety; and
– Dismissal of specific predicate acts of racketing that are part of Count One.
In conjunction with this motion, Clare, Nancy, and Kathy will be arguing, among other things, that the RICO pattern is deficient, that the RICO conspiracy is duplicitous, that several of the charged acts were missing essential elements, and that venue is lacking for Count Seven. 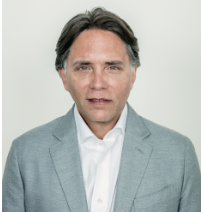 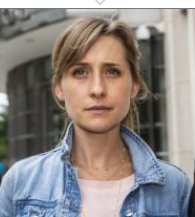 In addition to the above, Lauren Salzman will be seeking dismissal of Count Three (Wire Fraud Conspiracy) against her.  And all six defendants will be seeking to compel the prosecution to disclose exculpatory material and/or information material — and to be allowed to have foreign witnesses testify live at trial via closed-circuit television or via deposition.

So, what does all this mean – and what are the likely outcomes?  In my opinion, this is a lot of high-priced legal activity that will most likely NOT result in dismissals across the board. But it’s what defense attorneys do in trials like this because every once in a while they win one of these motions or they set up an issue they can pursue on appeal.

To me, the most interesting information in this new filing is that all six defendants are still working together to get the charges against them reduced or tossed out.

It suggests to me that prison time is still part of the best deal offered to Nancy and Lauren, which may be why they are joining in the defense effort. Should they get any counts against them dismissed, they will be in a better bargaining position.  The wild card, of course, is a potential future superseding indictment charging them with additional crimes.

Complicating matters further is Nancy’s health. According to a reader, Nancy may have to undergo another surgery. She recently had a radical mastectomy.  According to the source, Nancy has left her home at 3 Oregon Trail and is residing in the home that was willed/collateralized to her/NXIVM by the late Barbara Jeske, which, I believe, is located at 1 Brigantine in Half Moon, NY.

Lauren is permitted to leave her own home daily for the next six weeks to visit her mother at her residence from 9 am to 6 pm. 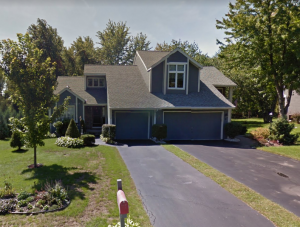 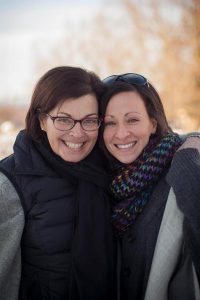 Whether in the privacy of their home, mother and daughter will discuss possible plea deals with finite prison time versus trial, potential conviction and longer sentences is anyone’s guess. Stay tuned…

Much of the torment, fear, degradation and sorrow the defendants likely are experiencing – and their vastly changed life circumstances – can be directly linked to the same horrific mistake each one of them made in their lives: The decision to associate with a man who calls himself Vanguard.
Any one of the five female defendants – left to their own devices and far from the influence of this one man – probably could have lived their lives without being charged with felonies, spending time subject to home arrest or facing prison for years to come. Cherchez l’homme!