October 29, 2018 — New York-based avant-pop duo, Reliant Tom, are poised to release their upcoming full-length record Bad Orange this week, but first, they gave us another treat with the future-pop title track, “Bad Orange.” Sounding like a fiery mix between St. Vincent and Radiohead, “Bad Orange” is charged with attitude and infectious, spacey synths. We’ve partnered with Music & Riots to bring you the premiere of “Bad Orange.” The full-length, Bad Orange is out this Friday! 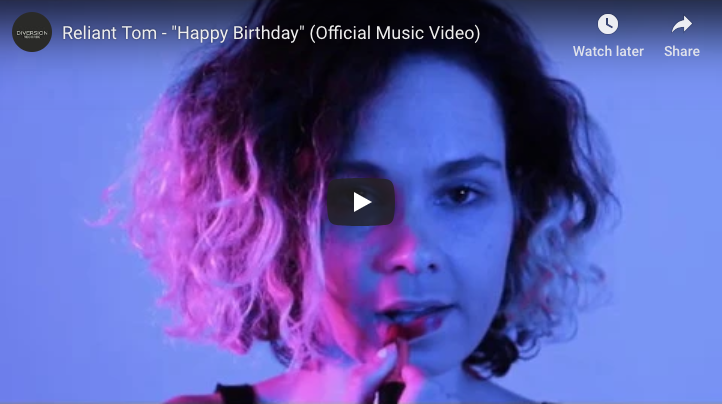 The roots of Reliant Tom formed shortly after composer Monte Weber met choreographer and vocalist Claire Cuny at a DIY show in Brooklyn.

Monte comes from a musical family and began his journey at a young age. His parents ran, and still run, a Brazilian Band in Western, MA. This initially lead him to perform and teach Brazilian percussion. As an adult he went on to study music composition in college and graduate school, first focusing on electro-acoustic composition and then studying at IRCAM where he began designing his Kontrol instrument, a way for Weber to make electronic music more tactile in performance.

“Reliant Tom gives me the outlet to explore both pulse driven works while maintaining the other musical elements which I find fascinating – timbre, aleatoric processes, and interactive technologies.” –Monte

Claire started playing music much later in life. Beginning her artistic journey as a ballet dancer in Dallas, she later moved to NYC where she immersed herself in the NYC art scene.

In addition to the more conventional instrumentation of drums, synthesizers, and guitars, in both recording and live performances, the band also makes use of custom and alternate controllers such as joysticks, breath controllers, hot hand rings, and drawing tablets to make the electronic instruments more physical and expressive. In many of their performances, Reliant Tom also utilizes visual elements and dancers that also make use of the wearable sound-controlling tech.

Reliant Tom recently signed with Diversion Records and will be releasing their new album Bad Orange on November 2nd, 2018.