LOS ANGELES, CA – (Monday, October 29, 2018) — Anthem of the Peaceful Army (Lava Records/Republic Records), the full-length debut by Frankenmuth, Michigan’s Greta Van Fleet, enters the Billboard Top 200 Albums chart at #1.   The album also came in at #1 on Billboard’s Top Rock Albums and Rock Consumption charts, and #3 on Billboard Top 200 chart.  In addition, the album made impressive international debuts:  #1 in Canada, #3 in Germany, Top 10 in Australia and New Zealand, and Top 15 in the UK.
“Music has always been a centerpiece in all four of our lives,” said the band’s Jake Kiszka,  “even when we were very young, when we first started hearing our parents’ blues, folk, and R&B records.  So to be able to create the music we love, that so many people are hearing and responding to, is truly an honor.”
ABOUT GRETA VAN FLEET:
Since the March, 2017 release of “Highway Tune,” the band’s first single that claimed the #1 spot at Rock Radio for five consecutive weeks, the four members of Greta Van Fleet – Josh Kiszka/vocals, Jake Kiszka/guitar, Sam Kiszka/bass and keys, and Danny Wagner/drums – have been on a wild ride of sold-out concerts in North America and Europe, racked up millions of YouTube video plays and audio streams, recorded two #1 EPs, received glowing accolades from iconic artists like Elton John, Dave Grohl and Joe Satriani, and most importantly, have been building an extraordinary connection with their fans. 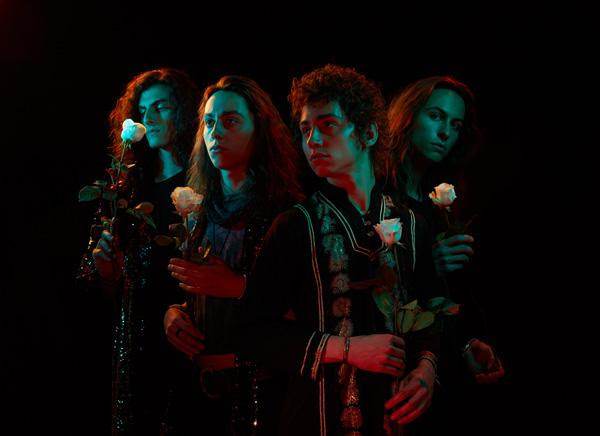