Barack Obama was in Las Vegas yesterday to drum up support for Democratic Rep. Jacky Rosen, who is in a tight race against incumbent Republican Sen. Dean Heller. Obama appeared at the Cox Pavilion at the University of Nevada.

ABC news estimated the crowd to be 2,000. The Cox Pavilion seats between 2,154 and 3,286 people, depending on its configuration. 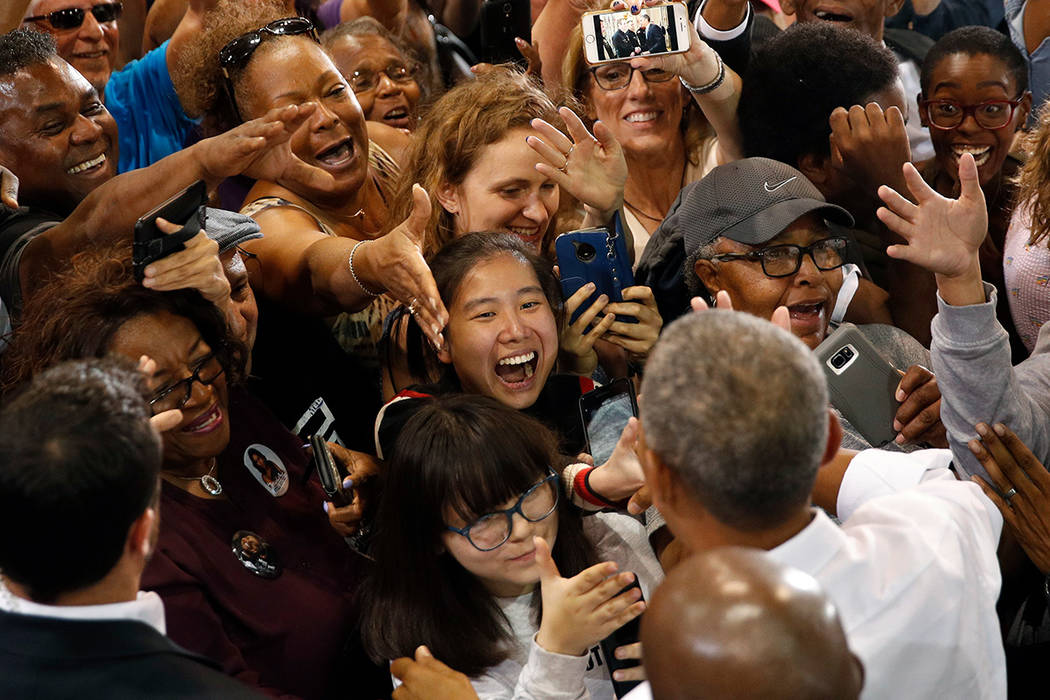 Most of the mainstream media published photos showing tight shots of Obama with the audience. 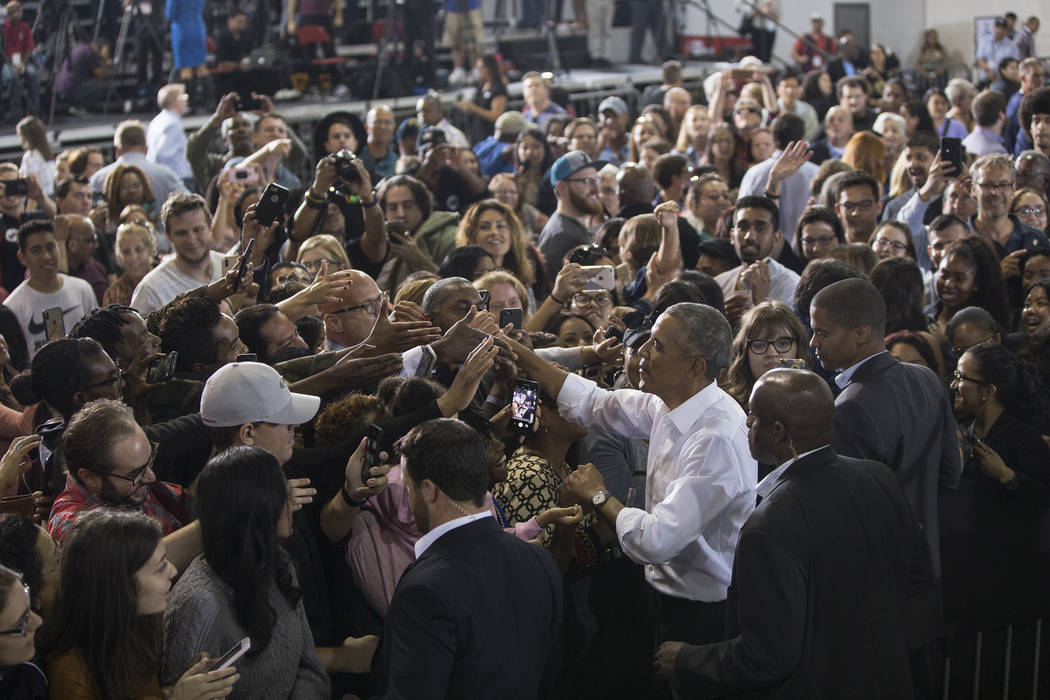 It was difficult to to find any published photos of the entire audience.

This shots below are screenshots of videos of the event.

This screen shot below from a video gives an idea of the size of the audience. Obama, just introduced, is walking down the aisle at the right.

Obama comes in at around 1:38 in the video below.

A University of Las Vegas spokesperson told Fox News she was unaware why the state’s Democratic Party chose not to hold the rally at the adjacent Thomas & Mack Center, which she confirmed could seat between 3,600 and 19,000.

The Trump campaign announced that it had received more than 100,000 requests for tickets for its rally in Houston Monday night [October 22, 2018] in support of incumbent Republican Sen. Ted Cruz, who is now polling several points ahead of rival Texas Rep. Beto O’Rourke.

The rally initially was slated for the 10,000-capacity NRG Arena, before the campaign moved it to the Toyota Center in Houston, which can seat nearly 20,000.  Thousands tailgated before the event on Monday night.

Every seat in the stadium, except for reserved seats, was ultimately filled. In fact, by 5:30 p.m., the Toyota Center had reached full capacity, Houston Police Chief Art Acevedo told Fox 5 DC. 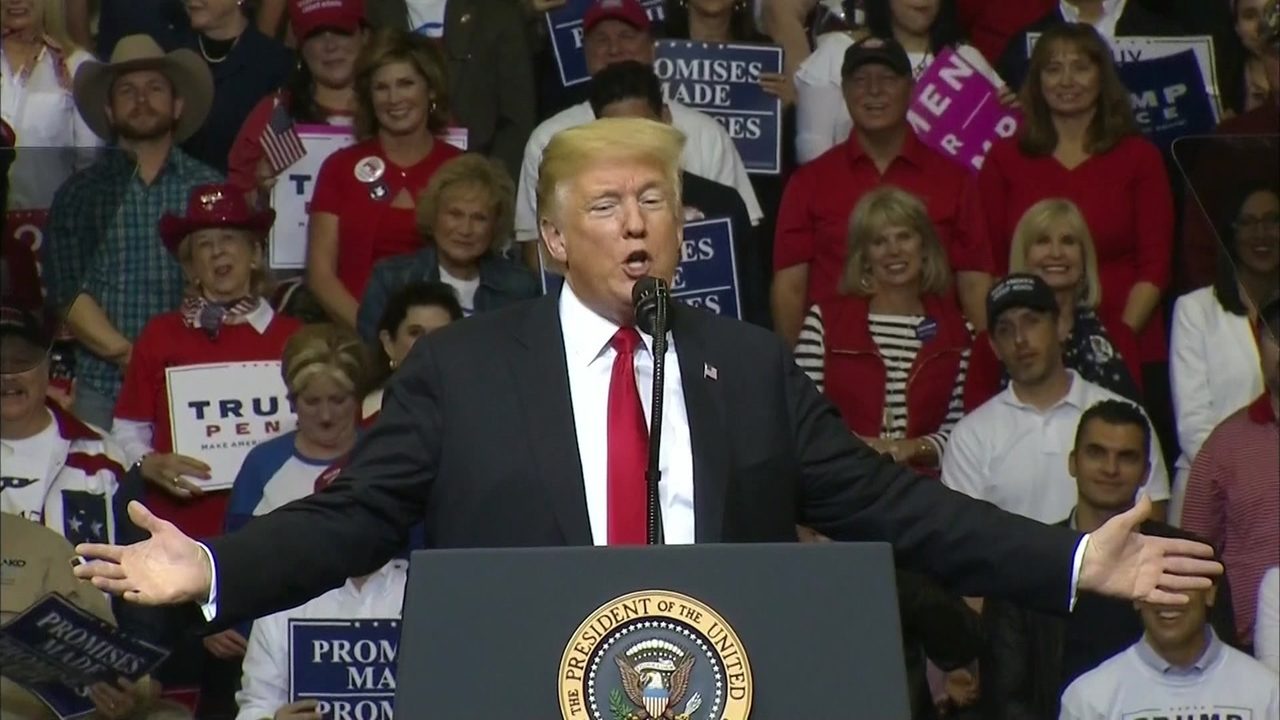 It is hard to know exactly how many people attended Trump’s rally – but the capacity of the Toyota Center is 18,043 and many thousands were turned away. It would be fair to conclude that Trump drew 10 times the crowd that Obama did – on the same day in two different states.