Although it may have appeared at yesterday’s Status Conference that Judge Nicholas G. Garaufis was surprised to find out, for the first time, that the start date for Raniere, Mack, Bronfman, Salzman, Salzman and Russell trial had been moved back to March 18, 2019, that was most likely not the case.

That’s because Assistant U.S. Attorneys Moira Kim Penza and Tanya Hajjar had actually filed a notice to that effect a day earlier.

In their October 3rd letter to the magistrate judge who is overseeing the discovery process [and filed on the docket], the AUSAs laid out “…a proposed schedule for discovery and motion practice” that had been substantially agreed to by all the parties. They also promised to keep working with the defense attorneys on the unresolved matters – and to report back to the magistrate judge on those matters within two weeks.

So, Judge Garaufis was not likely surprised yesterday by the news that the defense attorneys had agreed to postpone the start of the trial by more than two months – but he was definitely unhappy with the process that led to that delay.

In their October 3rd letter to the magistrate judge, Moira and Tanya identified all the relevant dates leading up to the trial. These are as follows:

[This concerns attorney-client privilege issues and the “Firewall Team” at the FBI who are supposed to keep the confidential issue confidential from the FBI case agents and quite possibly other defendants.]

RE: Motions In Limine
– February 11th: Motion Due
– February 22nd: Responses Due
– March 4th : Replies Due

So, as mentioned above, prior to heading into court yesterday, Judge Garaufis was very likely well aware that most of the important dates for the upcoming trial had already been agreed upon by the prosecution and the defense attorneys without any input from him. And he knew that despite their prior hard-ass arguments that the trial needed to get started as soon as possible – an argument that was pushed hardest by Marc Agnifilo, Raniere’s lead attorney – the entire gaggle of defense attorneys had rolled over and agreed to push the start date for the trial back until March 18th.

In addition to all that, Judge Garaufis also knows that up until now, the defense attorneys have still not seen any [or at least not much] of the evidence that the prosecution plans to use against the defendants (There is still a battle going on over that issue – which I’ll explain in a later post). And given the amount of that evidence, the judge knows there will very likely be motions for delays once the defense attorneys actually see what they’re up against.

So, here we are with a judge who thinks he’s been disrespected by Marc Agnifilo and the rest of the defense attorneys – and who has made it very clear that he doesn’t intend to let that happen again. I don’t think that bodes well for the defendants – especially Federal Inmate #57005-177, Keith Alan Raniere A/K/A/ The Vanguard.

Don’t be surprised to see more names added to the list of attorneys who are representing Raniere and the other defendants over the course of the next few weeks.

And don’t be surprised to see some of the names on the current list submitting “Requests To Withdraw”.

Vanguard does not suffer losses very well – even when he’s the one who is responsible for designing the strategy that led to the loss. 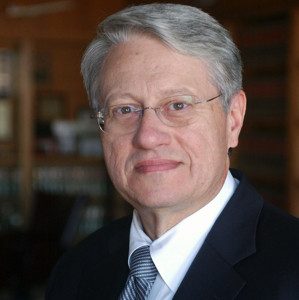 Judge Nicholas Garaufis seems intolerant of the strategy Keith Raniere’s attorneys are employing.  In the past when Raniere did not like a ruling, he withdrew the lawsuit, then sued the same parties in another court – in effect firing the judge. This option is simply not available to the world’s smartest man in this particular case.