For a dozen years,the followers of Keith Alan Raniere A/K/A Vanguard would pay more than $2,000 per person to spend 10 days in the Adirondack Mountains at the Silver Bay YMCA Resort on the shores of Lake George.

Normally, Vanguard himself never showed up until the evening of his birthday – August 26th – usually five days into the fabulous event – where he would be eagerly thronged by his hypnotized devotees – all of whom had taken hundreds of hours learning to give him tribute and to worship the ground he walked on and lick his toes or any other part of his anatomy he commanded.

During the first five days of V-Week, the followers would spend their time listening to Prefect and taking classes, eating low calorie vegetarian food, and praising Vanguard.

Vanguard would stay away – often taking a luxury resort down the road, off of the 600 acre Silver Bay campus and eat loads of pizza with hot sauce and chocolate cake and other chocolate confections. He would workout with various select women in the buff to work off those extra calories.

Repeated calls to Silver Bay proved unsuccessful in gleaning that there was anyone reserved to come there for Vanguard Week tomorrow. In the past, Clare Bronfman rented the entire 600 acre facility with its dozens of cabins and the large Inn which can accommodate several hundred people.

According to those on hand – there was no sequestering off the facility expected tomorrow and for the next 10 days and consequently, the place is expected to be overrun with plebeians, many of whom never heard the blessed name of Vanguard – and none of whom are integrated. 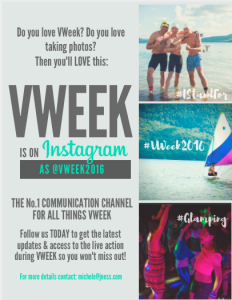 It is the end of an era. Vanguard sits in the Metropolitan Detention Center awaiting trial and a likely life sentence..

Thanks for the memories.

If he can’t have Vanguard Week, the least we can do is offer him a birthday poem as a tribute:

Vanguard on His Birthday

Vanguard on his birthday will take a girl or two
and tell them how he won the judo championship in 1972
some other Sunday before the feds came down
and Vanguard got arrested on his way from Mexico town.

Vanguard on his birthday lives in yesterday
before the DOS slaves got freed and went their own ambitious way
wasn’t it something that long-ago July
that’s about the time Vanguard people start to cry.

Happy Birthday Vanguard drink a toast to me
He’s all of 57 and won’t get out till he’s 123.

Vanguard on his birthday is fond of looking back
to half-remembered mind fucking when things were not so black
some other summer when playin’ Volleyball was fun
and life’s rewards were choc’late bars [for him] and for DOS slaves bubble gum.

Happy Birthday Vannie give some tribute to me
You’re in federal prison and daylight you’ll never see.

Vanguard on his birthday used to have a choc’late cake
and get the slaves prepared for a white hot branding pubic ache
looks like a rainstorm beyond the cloudy sky
a birthday without worship and Vanguard starts to cry.