We await the news of whether Clare Bronfman makes bail today – and whether Kathy Russell and Lauren Salzman – who, unlike Clare, spent the last few days in prison – will also make bail.  There’s also the possibility that Judge Garaufis will impose higher bail requirements and/or additional terms and conditions for their release.
All three women are trying to make bail – but the court decided that only Clare would remain free as she tried to get the money together for her $100 million bail.
Lauren is trying to get her $5 million bail and poor Kathy Russell needs a mere $2,500 for her $25,000 bail. These two women were not given the privilege of wealth that Clare got with the court and spent the last few days festering in Rensselaer County Jail.
Meantime, the emails keep coming in – and, while we await news on today’s developments, here are a few of them that readers might find of interest.
************************************************
Pam Cafritz’s mom, Buffy with Hillary

I have been reading your blogs and watching your videos.  You have probably seen this, but just in case not, I am sending this article on 2009 Obama inauguration. Guest list includes many bad players and people who are trying to cover up the NXIVM news.

I found the article and photos while researching Pam Cafritz and family. I am sending it to you because of the interesting picture of Buffy Cafritz clasping hands with Hillary Clinton.

Thank you for what you are doing! 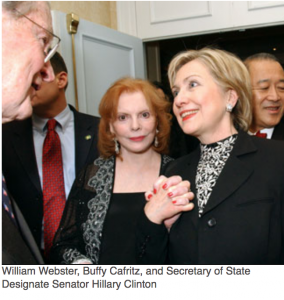 Just wanted to say how grateful I am to you for your relentless and courageous efforts over the years to bring these NXIVM scum creatures to the bar of justice.

You are a rare individual. A dragon slayer.

Found the true Trump connection — Clare & Sara Bronfman sued the Trump board for broken pipes in a condo in 2015!   JK

Channel 10 Albany posted the footage from the NXSCUM leaders walking into the courthouse today. Here is the link:

I comment on your blog as —-. Here are some photos I took after the hearing, which I attended. First couple of photos are of Nancy S. She’s a little hard to see. She is wearing a black pantsuit and white sneakers, at or near the center of the photos. The rest are self-explanatory. I don’t know who is the man with The NY Times reporter. 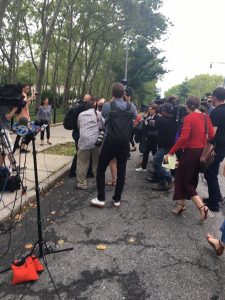 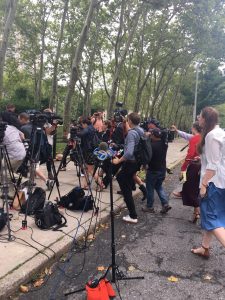 Here are cropped versions for a better look at Nancy. 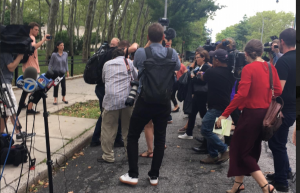 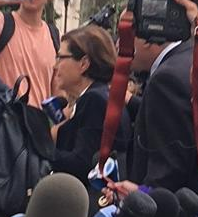 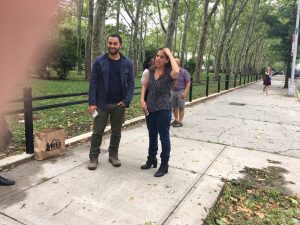 I hope you’re well and enjoying some just desserts, even if the legal proceedings are just getting started.

This is one of the last things you should have to give attention to on a day like this, but some of the comment writers are getting out of hand.
Do you have someone who could assist you with this? I am all for free speech when it isn’t hate speech. The most recent comment on your article about Clare and her need for Sara and another guarantor (the 126th comment posted) crosses the line. There are plenty of sexually explicit and perverse comments by other posters — there are morons everywhere, especially sitting at a keyboard far removed from actually having repercussions for the garbage they add to public discourse. However, this guy, even if he’s striving for satire, shouldn’t be allowed to add some of that language to your website.
Not trying to be a hall monitor, but it stains your work even if you have nothing to do with it.
Thanks for “hearing” me out.
AHG