This week, Facebook CEO Mark Zuckerberg, appeared before Congress where lawmakers took turns asking how (and if) Facebook respects our privacy. One Congressman, however, seemed less concerned about privacy and more concerned about using his seat to make another rich friend.

Chris Collins said, after hearing his fellow members of Congress interrogate Zuckerberg, “I sincerely know in my heart that you do believe in keeping all ideas equal. You may vote a certain way or not, but that doesn’t matter.”

Reacting to that response, Collin’s Congressional opponent Nate McMurray says, “In his heart? His heart? No one cares about his heart. We care about what’s in his servers. That company collects and searches every little detail of our lives. And we know that this data has been used for malicious purposes.”

McMurray further adds, “I’ve been to Facebook’s headquarters. It’s an amazing company, with great power. And that’s the point. We need to understand how that power is used and whether it is being manipulated. Collins, once again, failed to do his job. Indeed, it seems Collins was more worried about control and manipulation than about Facebook’s actions.” 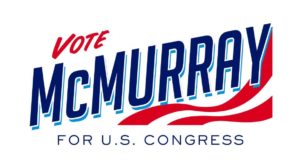