Two NXIVM doctors, Danielle Roberts and Brandon Porter, are represented by the law firm of Abrams Fensterman.  This large NYC law firm has a department devoted to representing physicians in the defense of medical malpractice, professional negligence and professional misconduct.

To date Frank Report knows of no charges pending against either NXIVM doctor.

Dr. Roberts has been named publicly as having done the actual branding of women, scarring them on their pubic region with the initials of Keith Raniere and Allison Mack. Some women report they were forcibly held down while Dr. Roberts administered the white hot branding iron on their pubic area – without anesthesia.

Dr. Porter has been named in news reports as having conducted human fright experiments on women, some of whom believed they were his patients, who were subjected to viewing ‘snuff’ videos while being hooked up to monitoring equipment, allegedly without prior warning or without informed consent.

While Dr. Roberts carved out the brand on horrified women, NXIVM leader Keith Raniere evidently knew all about it. 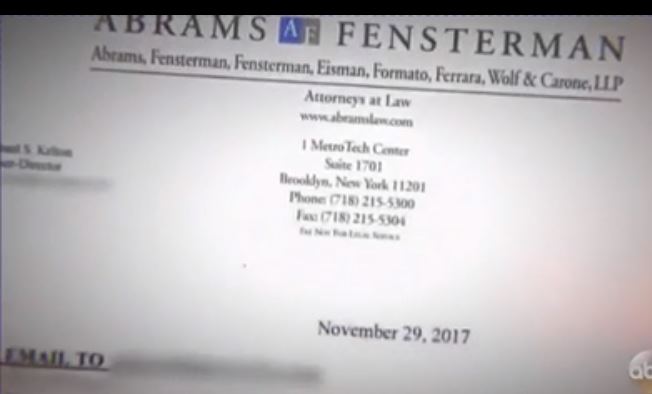 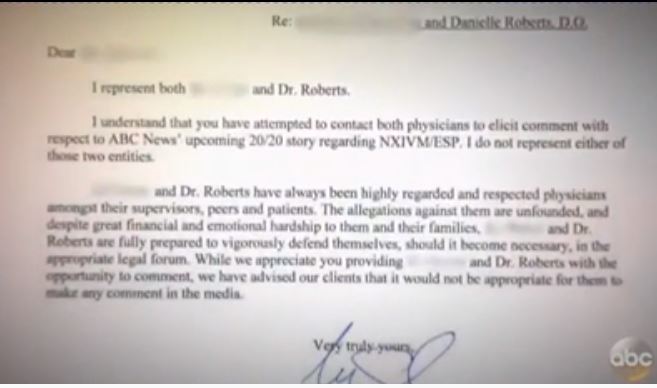 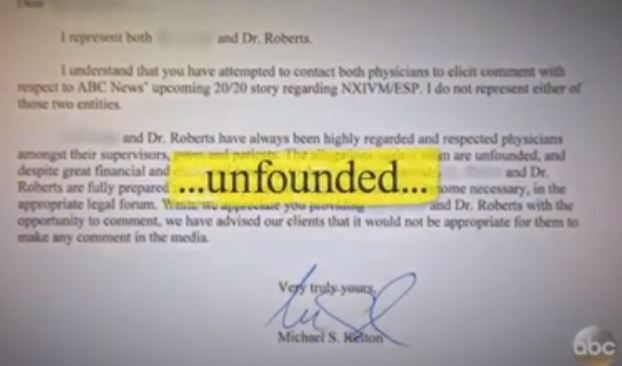 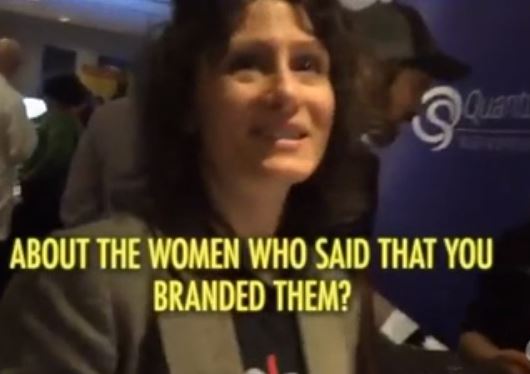 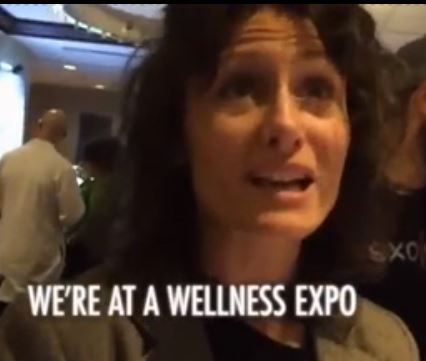 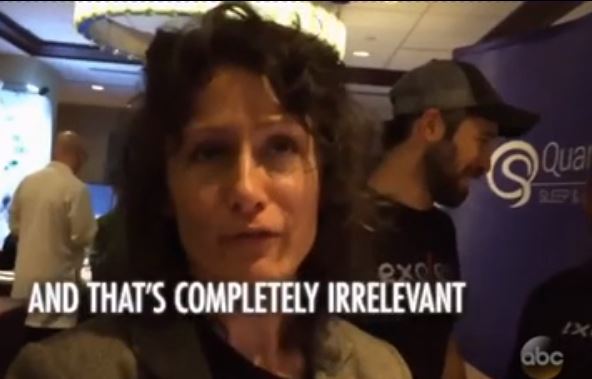 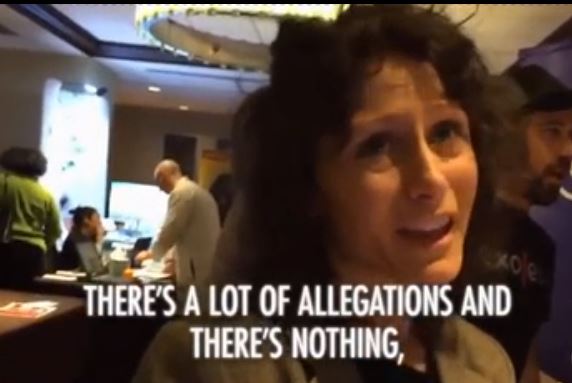 Frank Report had been told that Dr. Porter was going to represent himself in any medical malpractice case he might face. This seems to be not the case presently. While Dr. Porter’s name is redacted on the letter [by 20/20] it is evident that Dr. Porter is the other ‘highly regarded and respected’ physician mentioned in the letter.

Mr. Kelton says the “allegations against them are unfounded” and that Dr. Porter and Dr. Roberts are “prepared to vigorously defend themselves, should it become necessary, in the appropriate legal forum.”

This seems to suggest that, as of the date of the letter – Nov. 29, 2017, that it has not been necessary for either doctor to defend themselves against any charges.

This may be because an investigation is ongoing.

Mr. Kelton said in his letter to ABC News that he does not represent NXIVM or ESP. It is not known if Clare Bronfman is paying the legal fees or whether the two doctors are footing the legal bills themselves.

The letter refers to “great financial hardship” for both doctors. it is known that Dr. Porter resigned his position at a local hospital following the publicity surrounding his fright experiments.

This may be a unique case for Abrams Fensterman’s medical malpractice department.

How often does the firm have a case where two physicians, both members of a self help group that has been often called a cult, using their medical training to brand women and subject them to shock videos while monitoring their horrified reactions?

Sentencing Memorandum: Allison Mack’s Attorneys Ask for Probation –She Is ‘Free of the Twisting Influence of Keith Raniere’